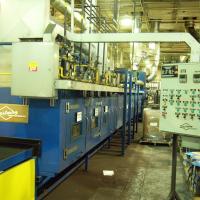 The hot air envelops the material, which is mostly foodstuffs, that need to be heated. Most restaurant owners, food processing units and house kitchens rely on convection ovens due to their many perks. While we addressed some of its advantages, let's take a look at a few myths about industrial convection ovens in this blog.

Food drying out:
A common fear before using a convection oven is that the fan will dry out the food within the chamber. However, it is nothing but a widespread misconception. The moisture is trapped within the oven cavity and is constantly circulated back to the food item during the entire process. This actually facilitates less loss of moisture as opposed to standard baking. Although, make sure you close the door properly before starting the heating process.
Inconsistent heating:
People have expressed concerns over inconsistency during food preparation or heating with the use of a convection oven. In reality, this type of oven heats the air within the chamber evenly with the help of a fan. The fan promotes constant heat and thus, consistent cooking of the food item.
Indirect convection ovens are better than direct convection ovens:
Direct and indirect are the two most popular types of industrial convection ovens. Many consider indirect ovens to be a better option than its counterpart as they produce less moisture. Which is a myth. In a direct convection oven, only 10% of the moisture comes from the burner, the rest 90% comes off the product. You can choose between these two based on your requirement.
Eastman Manufacturing Inc. is an industry leader in all types of industrial ovens. Contact us today to source the best equipment.
back to blog
No comments yet...

*** Your email address will not be published.